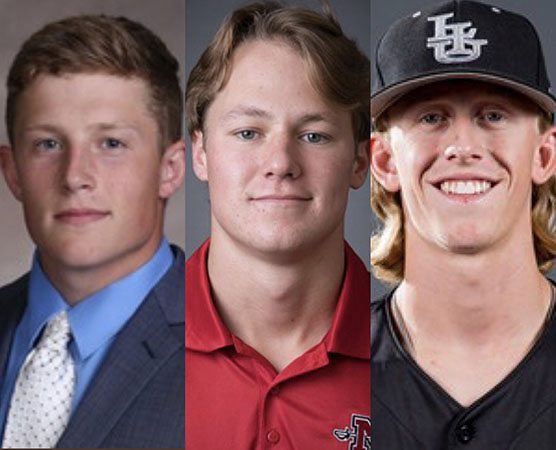 The Edenton Steamers have announced a trio of infield additions to the 2018 roster.

The Medford, NY native has roped four doubles and a home run through 11 games. Hitting at a .318 clip, Ciufo is currently on a four-game hitting streak.
“He is from an Ivy League school, so he’s obviously a smart player and good player,” said head coach Russ Burroughs.

“I think he’s going to bring a lot of leadership for the middle infield.”

Coach Burroughs expects Ciufo to be in the starting lineup every day for the Steamers.

“You can plug him in any position. He’ll never ask for a day off,” Burroughs said.

Adding more depth to the roster is Will Ethridge.

A freshman from Baton Rouge, LA, Ethridge was a highly-touted prospect coming into Nicholls State.

Standing at 5’10” 170 pounds, he was a first team utility player in the Louisiana area, breaking his high school record for best batting average in a season.

Ethridge has yet to see time with Nicholls State due to a minor setback, but will be back in action soon.

Coach Burroughs says he competes with a chip on his shoulder and as a player with not much experience at the college level, he has a ‘time to prove to the world my abilities’ type of demeanor.
“He’s young. He’s hungry and we’ll see how the spring plays out for him,” Burroughs said.

Hitting .393 and .328 in his two years at San Diego City College, Anthony Warneke has adjusted to Division I competition rather well at LIU Brooklyn.

Batting .281 with two home runs and 12 runs batted in through 18 games, the junior from Colorado adds a lot to the Steamers team.

“He’s another guy that can play all the infield positions. He’s going to add maturity to the roster as well,” Coach Burroughs said.

All three will contribute daily for Edenton this summer. It’s just a matter of who clicks with who.

“They’re going to be revolving doors,” Burroughs said. “We just have to see who gels the best together.”

The Edenton Steamers are entering their 21st season as a member of the Coastal Plain League in 2018. Be sure to follow the Teal and Black on social media to stay up to date with all things Steamers.
You can find the team on Facebook @EdentonSteamers, Twitter @EdentonCPL, Instagram @edentonsteamers and Snapchat @edentonsteamers.
For more information visit edentonsteamers.com or call (252) 482-4080.