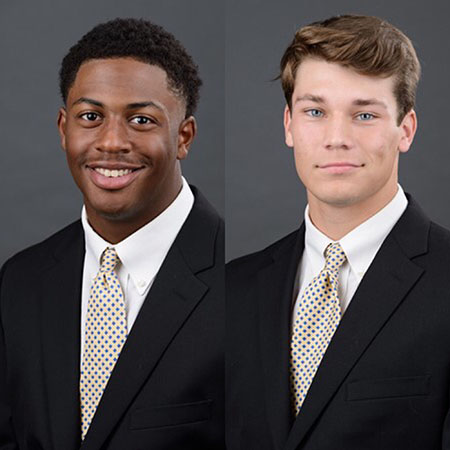 The Edenton Steamers have signed two more players to the 2018 roster.

“It’s nice to have some guys who are from close around North Carolina. It’s a great way to gain support in the area.”

Though he has not been an everyday player just yet, the Germantown, MD native comes in to East Carolina as a highly-touted prospect.

In 2017, he was a Rawlings-Perfect Game Honorable Mention All-American, as well as the 11th-ranked player out of Maryland according to Baseball America.

A versatile asset, Netterville lettered in track and baseball four times each in high school.

“He’s a speedy guy. You can’t teach that and he’ll create a lot of problems on the base paths,” Coach Burroughs said.

Bryson Worrell, another freshman, comes in as a utility player. Early on, the 6’2” 205-pounder is hitting .250 in 15 games with five runs batted in, three runs scored, one double and one triple.

From Sims, NC, he was the No. 32 overall prospect in North Carolina by Perfect Game.

“We can pretty much plug him in anywhere on the diamond. He’s a super utility guy, kind of like Ben Zobrist of the Chicago Cubs.” Coach Burroughs said.

“He’ll be ready wherever and whenever at any given time.”