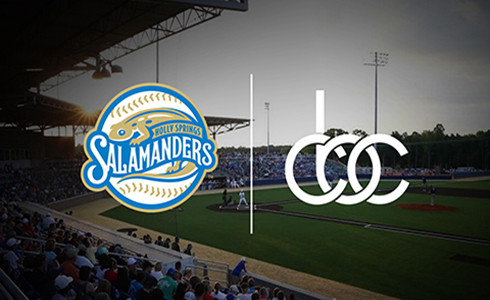 “This is a very exciting time for the Coastal Plain League,” said CPL COO/Commissioner Justin Sellers.  “Capitol Broadcasting Company, well known for being the parent company of the Durham Bulls, has established itself as a strong operator that is highly involved and respected in the community.  Their leadership will be a welcomed addition to our already knowledgeable and diverse group of owners and operators as we continue our quest to be the best summer league in the country.  We look forward to seeing what they have in store for the Holly Springs franchise and the fans at Ting Stadium starting with the upcoming 2018 season.”

The franchise, in existence since 2015, plays its home contests at Ting Park in Holly Springs, N.C. The 1,800-seat facility features a synthetic turf field, two locker rooms and digital scoreboard among other amenities, and is owned and operated by the Town of Holly Springs. In addition to their regular season games in 2017, the Salamanders hosted the CPL’s 2017 All-Star Game in July that drew over 2,000 fans and aired live on regional television and streamed live on MLB.com.

The purchase of the Salamanders amplifies CBC’s dedication to college baseball, as Durham Bulls Athletic Park is set to host the ACC Baseball Championship for the fourth time in six years in 2018. Additionally, the team is committed to further strengthening its ties with UNC, NC State and Duke to bolster amateur baseball’s profile in the Triangle.

“Having met with Capitol Broadcasting Company some time ago, my initial response was this could be a win-win for both Holly Springs and CBC,” Holly Springs Mayor Dick Sears said. “Their marketing expertise will be most welcome, and we look forward to a long and successful relationship.”

“We’re extremely excited about adding the Salamanders to the CBC family,” Birling said. “Holly Springs is an area that’s shown tremendous growth, and as a company, we look forward to expanding our role in the Triangle community with the Salamanders. Additionally, with the Coastal Plain League’s footprint, we’re eager to enhance the Holly Springs name on both a local and regional level.”

The Coastal Plain League is set to kickoff it’s 22nd season in 2018, a full schedule can be found here.