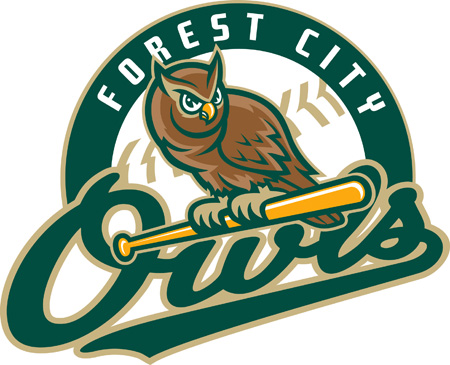 GASTONIA — The Gastonia Grizzlies have played 51 of their 54 games in the Coastal Plain League regular season, but the last few contests will determine the Grizzlies’ Pettit Cup playoff hopes.

Gastonia entered Tuesday night’s doubleheader against the Savannah Bananas in a three-team cluster for the No. 2, No. 3 and No. 4 spots in the West division. That made their doubleheader sweep over the Bananas all the more crucial.

The Grizzlies took wins of 5-4 and 2-0 to move ahead of the Bananas in the standings and into a tie with High-Point Thomasville. Gastonia’s record heading into Thursday’s road game at Lexington County is 28-23. The HiToms are at 27-22 and the Bananas fell to 25-23.

The Belmont Abbey outfielder hit a long three-run homer over the 380-foot sign in centerfield to put the Grizzlies ahead 3-1 in the bottom of the first inning. It was the second homer in as many games for Beinlich, who hit a grand slam in a 6-1 victory over Florence on Saturday night.

Beinlich finished the night 1 for 3 with three RBIs and a run scored. Since joining the Grizzlies in the middle of the summer, he’s hit three home runs with 10 RBIs in 18 games.

Beinlich wasn’t the only Belmont Abbey player to contribute Tuesday night. In the bottom of the sixth, Thomas Yoder reached on a one-out double and came around when Crusaders teammate Matt McGarry singled off the second baseman’s glove.

That put Gastonia ahead 5-4 and proved to be the winning run. Jonathan Murphy earned the win in relief of another Belmont Abbey player – Blake Waldren. Murphy pitched 1 ⅓ innings of scoreless relief after Waldren allowed four runs in 5 ⅔ innings of work.

The Charlotte 49ers lefthander set down 13 in a row between a second-inning Logan Mattix single and a base hit from Terrence Pinkston in the sixth. Maciejwski tossed a complete game three-hitter, struck out eight with no walks and earned his first win of the year.

Maciejewski pitched the entire game with a lead thanks to a solo homer from Yett in the first inning. A teammate of Maciejewski with Charlotte, Yett hit a low line drive over the left field wall for his second home run of the year.

Connor Hawkins took the loss, allowing the lone run on the Yett solo homer in three innings of work.

Up Next: The Grizzlies visit Lexington County on Thursday. They have just two remaining home games on the regular season schedule, Friday against Asheboro and Monday against High Point-Thomasville. The Bananas host the Blowfish back at Grayson Stadium on Wednesday night.