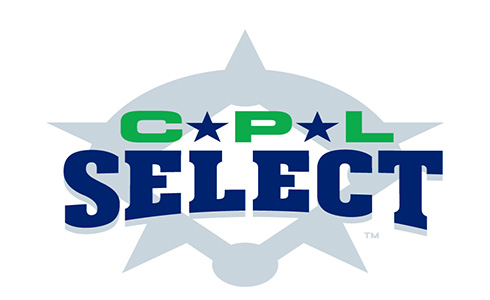 Ryan Hedrick (Fr., Presbyterian) of the High Point Thomasville HiToms was named the starter for the CPL Select after notching a 5-0 record on six appearances and a 0.83 ERA coming into the game.

Facing the best collegiate players in the nation Hedrick got the first out of the inning, but from there the USA CNT began to heat up. Buddy Reed (So., Florida) singled up the middle before stealing second and later third, setting himself up to score on a two-RBI single by Nick Banks (Fr., Texas A&M).

Carson Teel (Fr., Oklahoma State) of the Wilson Tobs pitched a scoreless third inning for the CPL Select before giving way to Kodi Whitley (So., Mount Olive) of Fayetteville in the fourth who gave up two more CPL CNT runs to push the score to 5-0 after four innings of play.

Bobby Dalbec (So., Arizona) finished out the scoring for the USA CNT in the bottom of the fifth, mashing a two-run home run to deep left to give USA a 7-0 lead.

That lead would hold for the rest of the game as Dylan Zarosky (Jr., Houston Baptist) and Matthew Festa (RS-Jr., East Stroudsburg) of Edenton along with Tyler Keele (Jr., Morehead State) of Florence combined to hold Team USA scoreless over the final three frames.

CPL Select shortstop Nicholas Lopez of the High Point Thomasville HiToms made a highlight reel play in the seventh as he dived deep in the hole to his right before firing to first for the out. Lopez also notched a single in the top of the eighth to cap off a nice outing for the sophomore out of Creighton.

While the CPL has welcomed the USA Collegiate National Team into its ballparks since 2006, this was only the second year a CPL Select Team had the chance to face off against the best collegiate players in the nation. Last year the CPL Select team fell to USA in a competitive game 4-2 on June 22, 2014.

About the Coastal Plain League:
The Coastal Plain League is the nation’s hottest summer collegiate baseball league. Celebrating its 19th season in 2015, the CPL features 15 teams playing in North Carolina, South Carolina and Virginia. The CPL gives college players the chance to refine their skills with the use of wooden bats. Players are housed with local host families for the summer and past experiences have been very positive for both players and hosts. Furthermore, the CPL has had over 1,200 alumni drafted and 79 alums – including former AL MVP and Cy Young winner Justin Verlander – make their Major League debut thus far; while another notable alum – Russell Wilson – won Super Bowl XLVIII. For more information on the Coastal Plain League, please visit the league website at CoastalPlain.com, and be sure to friend us on Facebook (at www.facebook.com/coastalplainleague) and follow us via Twitter (as CPLBaseball).