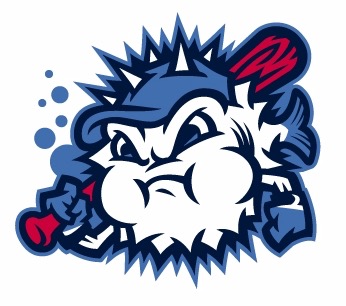 Thursday night Lexington County traveled to Asheboro for the first and only time in search of a win after dropping two straight to Florence.

A quick start to the game for the Snakes ended up dooming the Blowfish as they fell to Asheboro 12-9.

The Copperheads exploded in the top of the first inning and rattled off five straight hits to start the game. Back-to-back doubles from Derek Perry (Pfeiffer) and Clark Brinkman (Creighton) plated two for Asheboro.

After the doubles, Kyle Smith (Catawba) smacked a third straight double to make it 3-0. A Vito Frisca (Hofstra) single and a SAC fly extended the lead to four.

In the top of the second Lexington County cut the lead to 5 getting a run back on a Randal Ortiz (Winston-Salem) RBI single and a run home on a passed ball.

But in the bottom of the inning, Asheboro inflated their lead back up to ten.  After back-to-back hits that plated one, Friscia unloaded a two run homer to push the Snake lead to 10-2. An RBI single from Forest Kimbrell (NC A&T) and a fielder’s choice pushed the lead to 12-2.

From that point on Lexington County held the Copperheads at bay and began their climb back into the ballgame. After the second inning the Snakes would only smack two more hits and strike out eight times.

Lexington County added two runs in the third on a two run bomb from Dom Cuoci (St. Joseph’s) and another two run homer in the fourth from Zach Spivey (Bethune-Cookman). The Snake lead was cut to 12-6.

The Blowfish added two more runs in the seventh on another two run blast, this time off the bat of Drew Ellis (Mt. Olive University). Heading into the top of the ninth Lexington County was down four.

In the top of the ninth, Lexingon County got a leadoff walk from Isaiah Madella (Shorter University), a single from Brandt Stallings (Georgia Tech) and another walk to Cuoci. With bases loaded and nobody out, Ellis drew a four pitch RBI walk to cut the lead to three and put the tying run on base.

Asheboro went to their pen in the tough spot calling on Mason Fox, who was the DH in the ballgame, to try and wiggle out of the massive jam in the ninth. Fox proceeded to mow down the next three Fish in order via strikeouts to masterfully notch the save and finish off Lexington County 12-9.

16 hits for Asheboro is a season high and Lexington County has dropped three straight since winning the first game of the second half. They look to end the skid Friday night in Gastonia against the Grizz.  Coverage on z93.1 FM The Lake will begin at 6:45 and first pitch from Sims Legion Park is slated for 7:05.