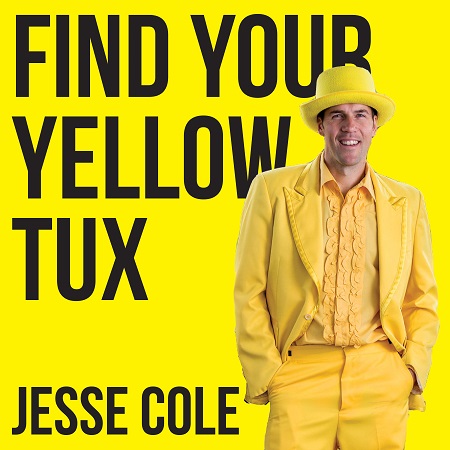 Cole, who owns six yellow tuxedos believes everyone has something that makes them stand out in business and in life. With Find Your Yellow Tux, he shares his secrets to success as well as tips from the best entrepreneurs in the world.

On FindYourYellowTux.com Cole releases daily inspiration with weekly blogs as well as One Minute Boost Videos. Cole has also introduced the Yellow Tux Bookshelf where he will share the best business books to help leaders grow.

The Find Your Yellow Tux podcast is released every Tuesday. The podcast shares stories from people who have gone from ordinary to extraordinary and found their greatness. Cole interviews Business Owners, Authors, Artists, Musicians, Film Makers and more who have found a way to stand out in the world.

Cole has been featured on MSNBC and will be releasing his first book “Find Your Yellow Tux” in January of 2018.

Cole has been a keynote speaker all over the country and can be booked at FindYourYellowTux.com

As Owner of the Savannah Bananas, the team has sold out 32 straight games and been featured nationally on CNN, MSNBC and numerous times on ESPN.

You can reach Jesse by email jesse@findyouryellowtux.com or on the Jesse Cole – The Yellow Tux guy Facebook page, or @YellowTuxJesse on Twitter.