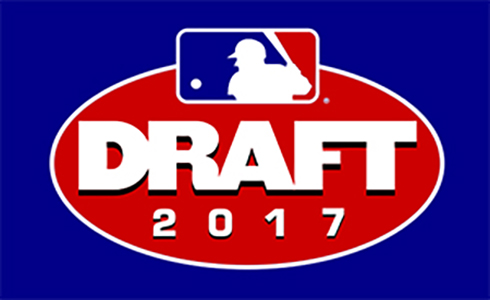 The Coastal Plain League announced that 101 players, both former and current, were selected during the 2017 Major League Baseball First-Year Player Draft. This marks the most former CPL players selected since the draft moved to only 40 rounds from the previous of 50 that ended in 2011.

Clarke Schmidt, a former 2015 Florence RedWolf, was the first CPL alum to have his name called, going in the first round 16th overall to the New York Yankees. Schmidt was followed by former 2015 Holly Springs player Brian Miller who went 36th overall in the Competitive Balance Round that followed round one. A total of 22 CPL players were taken in the first 10 rounds of this year’s draft, added to the rest of the selections it pushes the CPL over 1,400 alums taken in the draft since its inception in 1997.

All of the CPL’s current 15 clubs saw a player selected in the 2017 draft. The Lexington County Blowfish led the way with 13 former and current players selected each, with Morehead City coming in as a close second with 12. Asheboro, Fayetteville, Forest City, High-Point Thomasville, Wilmington and Wilson followed with eight each, followed by Holly Springs with seven. Edenton, Martinsville and Peninsula were next with five, while Savannah had four. Rounding out the field were Florence and former CPL franchise Petersburg with three a piece, followed by Gastonia with two former players taken in the draft.

The complete list of CPL players – both former and players signed for the 2017 season – taken in this year’s draft is below:

The Coastal Plain League is the nation’s premier summer collegiate baseball league. Celebrating its 21st season in 2017, the CPL features 15 teams playing in Georgia, North Carolina, South Carolina and Virginia. The CPL has had nearly 1,400 alumni drafted and 99 of those – including 2011 AL MVP and Cy Young winner Justin Verlander – make their Major League debut; while another notable alum – Russell Wilson – won Super Bowl XLVIII. For more information on the Coastal Plain League, please visit the league website at http://www.coastalplain.com and follow us via Twitter @CPLBaseball.