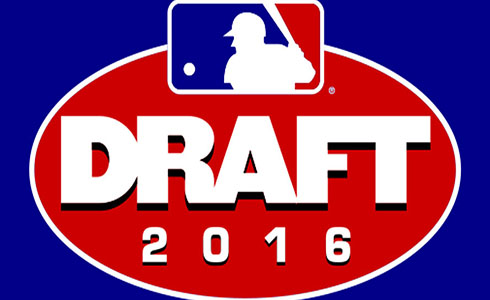 The Coastal Plain League announced that 89 players, both former and current, were selected during the 2016 Major League Baseball First-Year Player Draft.

Cal Quantrill, a former 2014 Morehead City Marlin, was the first CPL alum to have his name called, going eighth overall in the first round to the San Diego Padres. Quantrill was followed by former Fayetteville SwampDog Joey Lucchesi who went in the fourth round to the Padres as well and five others former CPL players who were selected in the fifth round: Jeremy Walker (Edenton ‘14, ‘15), Connor Justus (Asheboro ‘14), Dom Thompson-Williams (Peninsula ‘15), Nick Lopez (HP-Thomasville ‘15), Bailey Clark (Gastonia ‘14).

Following his freshman season at Stanford, Quantrill chose to showcase these talents in the Coastal Plain League against some of the top collegiate talent in the nation. Playing for the Marlins, he finished the season with a 3-0 record over four starts to go along with a 1.59 ERA and 33 strikeouts over 22 2/3 innings pitched. This stellar play earned him the starting nod for not only the 2014 CPL All-Star Game, but the CPL Select Game versus the USA Collegiate National Team as well.

Quantrill marks the eleventh former CPL player all-time to be selected in the first round, and is tied for the third highest pick ever with Wade Townsend, following Justin Verlander (Detroit / #2 overall and Ryan Zimmerman (Washington / #4 overall).

The complete list of CPL players – both former and players signed for the 2016 season – taken in this year’s draft is below: