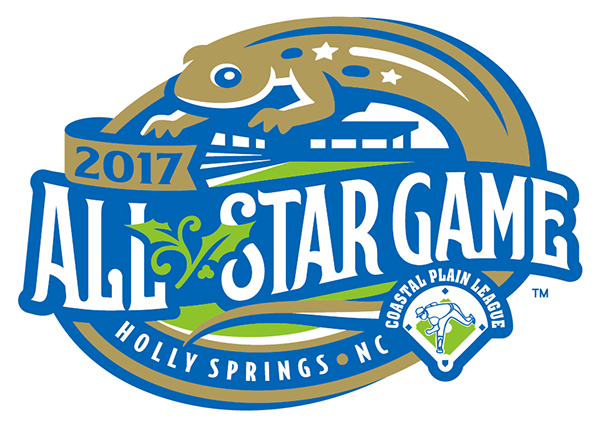 The Coastal Plain League 2017 All-Star Fan Fest and All-Star Game will be hosted by the Holly Springs Salamanders at the North Main Athletic Complex in Holly Springs, N.C. July 9-10.

The two-day event will feature a All-Star Fan Fest, All-Star Home Run Derby, Mascot Kickball Game, All-Star luncheon, Major League scout day, and the nineteenth annual CPL All-Star Game. There will be several opportunities for fans to interact with the All-Stars during the event so don’t miss your chance to meet some of baseball’s future stars!

How Players Are Selected:
The 2017 Coastal Plain League All-Star Teams will be voted upon by each of the 15 head coaches and two media representatives for each club. All players will be eligible to be voted on and All-Star candidates will be listed by position on their respective divisional (East and West) ballot, of which the coaches, broadcasters, and media will vote from. Head coaches will not be allowed to vote for their own players, while broadcasters and media representatives will.

The votes will be tallied and the 56 All-Stars will be known. Twenty-eight players will be on the East and 28 will be on the West. Starters will be named based on those players receiving the highest vote tally at their position in their division.

For the fourth straight year, there will also be a Final Fan Vote, where the final All-Star player for the East and West teams is selected by the fans. The final spots will be narrowed down to five players per division, and fans will be able to vote via an online poll. The players receiving the most votes will be named All-Stars.

How Coaches Are Selected:
The 2017 CPL All-Star head coaches will be the two coaches who win their respective division’s (East and West) first half championship.

- General Admission (Child 12 and under): Free