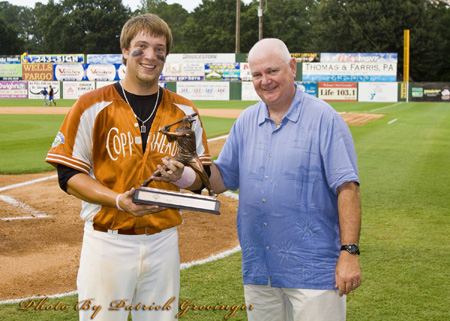 Ridge’s biggest challenger was Wilmington’s Aaron Preston (Presbyterian). Preston entered the final round with five home runs. Giving it a good effort, he was only able to connect on two long balls in the championship round to finish with a total of seven homers (one of which hit with aluminum) for 19 points.

Despite winning before he took a swing in the championship round, Ridge decided to swing away for the fans and both All-Star teams. He connected on three more to round things out.

Below is a complete run down of the 2012 CPL All-Star Home Run Derby: